Founding a company in Germany / Company formation in Germany

WW+KN can give support in the preparation and founding of a German subsidiary company. As well as this, we take care of the various registrations for the German company and its tax and accounting representation thereafter. WW+KN is available to the foreign management as a strategic contact an partner for all the needs of the German subsidiary company.

If you would like to found a German GmbH as quickly as possible or, if you have general questions about it, you are welcome to send an email to office@wwkn.de. 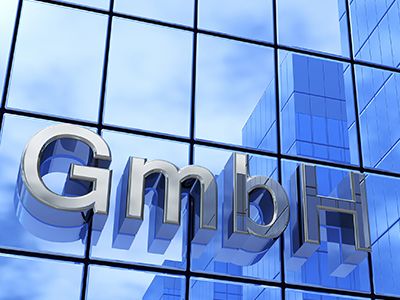 The GmbH is the most common type of company in Germany. It is the same kind of company as the Spanish SL, the French Sàrl, the Dutch BV and the Private Limited Company in Great Britain. The minimum nominal capital to found a GmbH is 25,000 euros. Of this, at least 12,500 euros must be paid in at the time of founding. Generally speaking, it is advisable to pay in 100 percent of the nominal capital immediately to avoid liability risks in the time that follows.

What are the necessary documents and information?

To be able to found a German GmbH for a foreign client, we generally need the following documents and information:

WW+KN can coordinate the processes for founding your German GmbH and can also carry out the necessary legalisation with a notary on your behalf. If WW+KN is to act on your behalf, it is generally necessary to have a POA with apostille issued in your home country.

As part of the founding procedure, WW+KN will clarify with the jurisdictional Chamber of Commerce and Industry as to whether the company name you have selected is legally permissible. WW+KN will also coordinate with a notary’s office on your behalf to prepare the Articles of Association, Resolution of Foundation and the entry into the Commercial Register for your GmbH.

Manager of the German GmbH

Essentially persons of any nationality and any residence in the world can be appointed as general manager (Geschaeftsfuehrer) of a German GmbH. Only one manager is necessary, although you may also appoint several managers at any time. There is no obligation for the appointed manager to be a German citizen or a person residing in Germany.

Shareholders of a German GmbH

Nominal capital of a German GmbH

The nominal capital of a GmbH must be at least 25,000 euros. Capital contributions may be either in the form of cash contributions or asset contributions. With regard to founding a GmbH with cash, at least 12,500 euros must be paid in before the entry into the Commercial Register is made. To complete the foundation a bank account must be opened without delay after signing the certificate of foundation before the notary and the nominal capital must be paid into this account. Additionally, a bank statement showing the capital provide the company foundation must be submitted to the registry court together with the company statutes.

Do you want to found a GmbH, or do you have other questions?

Please contact WW+KN and send us an email at office@wwkn.de. We will respond as quickly as possible. We are also available for a video call via Microsoft Teams to clarify your questions.