At the European Court of Justice, the question was asked by a German court whether a VAT refund was to be granted at the time of the creation of a faulty invoice if the invoice was corrected at a later date. 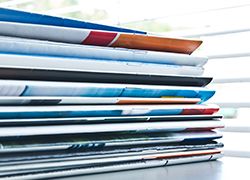 The dispute was about invoices, sent to a German company, complies with all the statutory requirements but without the suppliers VAT number. The invoices had been corrected afterwards.

The German tax authorities stated that the right to deduct input tax does not arise until the year of the correction and interests arose. Contrary to that the European Court of Justice advocate a retroactive effect of an afterwards corrected invoice. They also advocate a VAT refund at that time when first an incorrect invoice was presented.

The basic principle of the VAT-neutrality requires the admission of the input tax deduction as soon as the material conditions are met, irrespective of any form errors such as a missing VAT-ID number on the invoice.

Even if the member states are allowed to set penalties for a failure of the form conditions, the penalties cannot be based on the refusal of the deduction and the accompanying interest rate.