WW+KN-inhouse-seminar about changes in the wage tax law

With Thomas Leibrecht from the Leibrecht-Consulting KG WW+KN won an experienced referee for wage tax law and social security law for the third time. During an Inhouse-Seminar in the training course room of WW+KN in Regensburg, Mister Leibrecht explained the most important changes in the German wage tax law and social security law as well as especially the changes in the law on travel expenses to the turn of the year 2013/14. 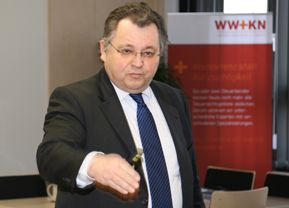 Thomas Leibrecht explained the changes in the wage tax law, which were caused by many government decisions and administrative directives in 2013. The most differences has been implemented in the law of travel expenses since the 1. January 2014. Also several other changes in the social security law and at the taxation of company cars were done. 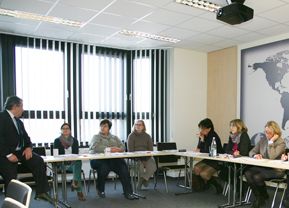 Around 20 people of the WW+KN tax consulting team attended the Inhouse-Seminar. Every week in every WW+KN office there is a so-called “tax round”, attended by all consulting staff. In the tax round new tax developments are introduced and organization aspects are discussed by the team. Beside the tax round WW+KN invites some external referees for special Inhouse-Seminar about current tax topics per year.

More information is available in the internet:
www.leibrecht-consulting.de