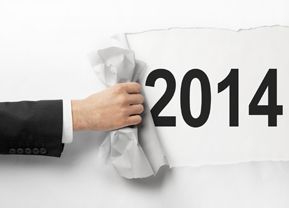 “In view of the good economic situation in Germany in 2013, we also a tax consultancy can look back to a successful year 2013”, WW+KN managing partner Markus Krinninger said. In the WW+KN-offices in Munich-Ottobrunn and Regensburg three new employees were hired. All together WW+KN employs 13 tax advisors and more than 40 people staff at the three WW+KN office at the moment. Also three employees of WW+KN participated in the written part of the German tax advisor exam in 2013.

“Beside the increased staff we can also look back to a great number of publications in the last year”, Krinninger explains. Also the WW+KN-years-end-seminars in Munich-Unterhaching and Regensburg were well attended with approximately 100 participants.

“For the year 2014 we plan the further improvement of our quality standards and the increase of the benefit for our clients by our services”, WW+KN tax advisor Markus Krinninger gives a look to the next year. Beside this the WW+KN office in Ottobrunn near Munich will renew its IT systems and increase the efficiency of the “paperless office” (document-management-system). Further also new apprenticeship training positions and job positions are planned.